Here is an American adaptation performed by students from Berklee College of Music and a chorus of young children from the Boston area.

Music is a form of communication that transcends language
and connects people from disparate cultures.
David Mills — Discovering Vande Mataram

The loose translation of “vande mataram” is “Mother (earth / land), I bow to thee.”

I traveled to India to study music. At the time there was a lot of strife in Bangladesh, so I could not get a student visa allowing me to enroll in an Indian university. When I arrived, I had to interview with a private teacher.   The teacher’s name was Susanto Banerjee, known to his students as Babuji. The first night we met, we played sitars opposite each other on a platform that was at the height of his window looking out over the bay. There was mosque on an island offshore all lit up with the faint sound of music and chanting, and there were lights on poles placed every couple of hundred feet leading out to the island. The wind was strong and the waves were rough, and all of a sudden under one of the lights, I saw a woman carrying a load on her head and walking on the water out towards the island. I thought perhaps there was something intoxicating in Babuji’s incense.   (In the daylight during low tide, I discovered there was a sidewalk that was just below the surface when the tide was high.) 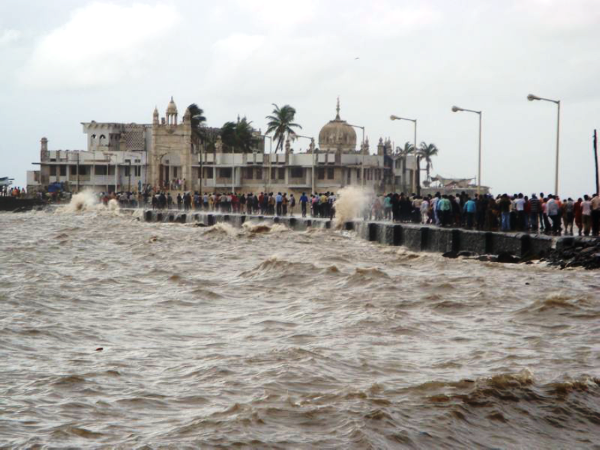 During that initial meeting, Babuji said to me, “David, you can find better sitarists than me in Bombay, and maybe some that can teach as well, but (laughing) you will not find any that speak such good English.”  As I got to know Babuji, we became quite close. I was the same age as his son who played in a rock band. He later said to me, “David, if you study the sitar all your life, your grandson will not even play the sitar. This music is a 3,000-year-old tradition that has connotations you can never understand. But you have come on a mission to learn, and I will lay out the table. You take what you can, and you bring it back to America and make it a part of your music.”

I learned that Babuji was a great singer and songwriter. During the day, I would often go with him to schools where he would teach music to young children. This is where I heard the joyous sound of “Vande Mataram.” One school was an orphanage with several handicapped children. I remember watching a little girl sitting on the floor in the front row next to a little boy. They both had metal braces on their legs, and they giggled as they draped handkerchiefs over their knee braces. On the way out the headmaster bowed to Babuji and handed him money. As I followed Babuji out the front door, I saw him discreetly slip the money into the school’s donation box.

It was years later that I discovered “Vande Mataram” comes from a 19th century poem by Bakim Chandra that was set to music by Sir Rabindranath Tagore in the early 20th century. Tagore was a Nobel Laureate who was knighted by the Queen but relinquished his title in protest of British rule. Despite its political over tones, “Vande Mataram” has a joie de vivre that is irrepressible.